This is Tooltip!
Initiatives

The creation of the Castelporziano Biodiversity dataset is part of the “Systematisation and geospatial analysis of the environmental monitoring data of the Castelporziano Estate” project, funded by the National Academy of Sciences known as the XL, under the scientific supervision of Prof. Alberto Basset (University of Salento) and Prof. Emilia Chiancone (President of the Academy of XL).

The first phase of creating the dataset involved the digitisation of two checklists relating to the species found on the Estate from 1885 to 2006, with the integration in 2013 of the Insecta class. Subsequently, a literature search was carried out regarding all the publications on Castelporziano biodiversity from 2006 to 2019 and the data obtained were integrated into the dataset. A good part of the observation records have been validated by botanical experts, wildlife specialists and entomologists of the Technical Scientific Commission of Castelporziano – Professors Sandro Pignatti, Carlo Blasi, Paolo Audisio and Marco Apollonio, who also provided unpublished data that were integrated into the dataset.

In the second stage, the data standardisation and care/maintenance procedures were carried out using the services made available by the LifeWatch Italy platform. The dataset has been structured according to the LifeWatch Italy Data Schema which is based on the Darwin Core standard and on controlled vocabularies. For the dataset, 23 fields were selected that include information of a geographical, taxonomic nature, of the conservation status of the species according to the IUCN Red List and the Habitats and Birds Directives, as well as the alien trait and bibliographic references.

The dataset was subsequently screened for digitization errors and duplicate values removed. It was also subjected to a taxonomic updating process by means of web-based tools and a TaxonMatch provided by international nomenclators, specifically: PESI (Pan European Species directories Infrastructure http://www.eu-nomen.eu/portal/about.php); WoRMS (www.marinespecies.org ) and the Catalogue of Life (www.catalogueoflife.org).

At the end of the standardization and validation procedures, the dataset obtained presents 6129 taxa of which 96.8% are classified at the level of species, 2.7% at genus level and only 0.4% at higher levels.. 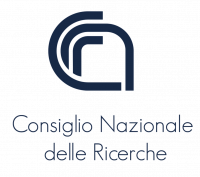